What is contempt of court in family law? 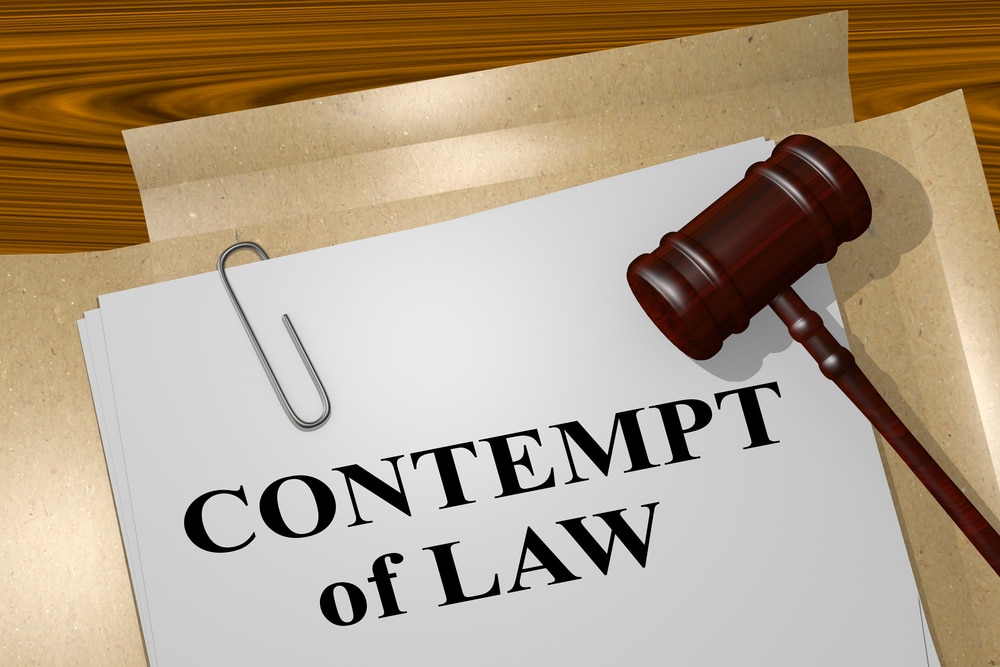 There are plenty of legal situations that can qualify as contempt. However, when you’re in court for family law, there are certain nuances you need to be aware of. Of course, some reasons for contempt of court in family law are more obvious. On the other hand, there are some situations you might not even consider until they actually come up. Contempt of court can come with some hefty consequences, so let’s go over the basics of what you need to know.

What Is Contempt of Court in Family Law?

One of the main reasons families end up in court is due to financial issues. Unfortunately, these same issues can grow exponentially when the party ordered to pay does not do so. While it isn’t something you hear about as often, support ordered by the court that goes unpaid can actually result in a contempt of court charge.

This doesn’t necessarily mean solely child support either. While unpaid child support may be a large issue, unpaid spousal support ordered by the court can cause just as many problems. The party truant on payments can receive a contempt of court charge, based on local regulations, and the severity of the backlog in payments.

Even when in court for more family related issues, and not necessarily divorce, property issues can also lead to a charge of contempt. In many cases, issues of property division are already settled. However, that doesn’t mean each party will comply with court orders.

An example is when children are transferred from one parent to another, and one parent is expected to return certain property (for example, sports equipment, computers for school, etc.), and fails or refuses to do so. Failure to properly return property can also result in a contempt of court charge, simply because one parent won’t return property as ordered by the court.

What Happens if You’re Found in Contempt of Court in Family Law?

Whether intentionally or otherwise, if you end up in contempt of court for family law, there can be an array of consequences. Some are lesser, and may only result in fines or community service. In certain cases though, the consequences can be more severe. Depending on the judge, circumstances and violations, and local regulations, you might even face imprisonment.

If you’re unsure whether you might be charged with contempt of court in family law, or you’re already being charged, it’s best to hire a good family law attorney in Orlando. However, if you’re going through family court proceedings, you can avoid the unnecessary charges and complications of contempt of court by following court orders to the letter. Remember, if you have issues with court orders, ask for an amendment, rather than violate them.