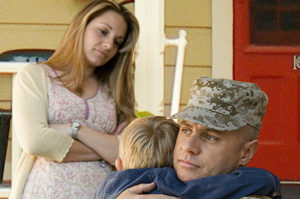 Military family law is different from a typical orlando family law attorney case, as special circumstances may arise. Anticipating problems specific to divorce in military families allows for a more favorable outcome. Hiring a family lawyer like R. Davis Younts with experience working with personal injusry cases is immensely beneficial, as military divorce involves additional legal issues. Divorce within military families affects the military pension, insurance, and child support. There are many factors to carefully consider when navigating through the components of military family law.

Choosing which state to file the divorce can have vastly different outcomes. The divorce is usually filed in the state where the husband or wife legally resides. The person initiating the divorce typically files where he or she lives, which may be a different state. A crucial aspect to consider, while choosing the state to file the divorce, is how military pensions are divided in accordance with that specific state. The Uniformed Services Former Spouses’ Protection Act, or USFSPA, governs the division of military pensions on a federal level. In accordance with the federal law, the state where the military member resides will always be granted the power to divide a military pension in the case of divorce.

In addition to your family lawyer having thorough knowledge of the USFSPA, he or she must also understand the Servicemembers Civil Relief Act, or SCRA. The SCRA allows for the change of the court schedule and extension of any deadlines if one spouse is on active duty. If the active duty servicemember is unable to respond to court action, he or she can place a hold on the proceedings. The initial hold, or stay, can last up to 90 days, but the court can also grant extensions after the initial hold.

State law governs the amount of child support, and will garnish wages in order to provide payment for the child or children. Before a court determines the exact amount, the service member is entitled to legal assistance from the military. While the court typically follows the child support guidelines set in place by the state, the amounts are subject to change based on deployments, base transfers, and various other factors. 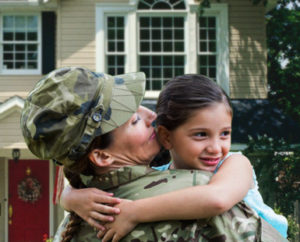 Post-divorce, the non-military former spouse has different options in terms of health care coverage. In accordance with the 20/20/20 rule, after at least 20 years of marriage, at least 20 years of creditable military service, and at least a 20-year overlap of the marriage and military service, the former spouse is entitled to full health insurance benefits under TRICARE. If the spouse remarries before 55 years old, the health coverage is permanently lost. If the former non-military spouse does not qualify for TRICARE, he or she may be eligible for Continued Health Care Benefit Program (CHCBP).

Hiring an experienced lawyer in military family law is essential for a fair outcome. Service members and their spouses should learn about the laws surrounding military divorce. While military families are entitled to free legal assistance, the lawyers on military bases are not able to represent service members or spouses in court. Complicated legal issues may arise, and it is best to have knowledgeable representation well-versed in the legalities of military divorce.