Grounds to Grant Custody to a Relative 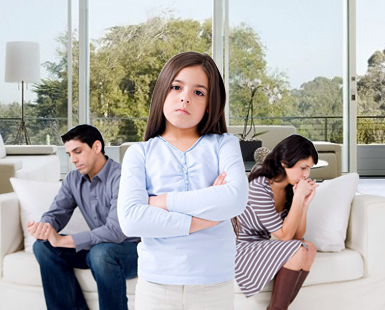 If you’re going through a divorce and have children, you may have numerous questions about custody. If you find yourself in this situation, the experienced divorce attorney and family law attorney at Konicek Law can help you. Normally, parents hold a preferred position under the law, which means a court will presume that the parent is the most suitable for the child. However, a relative can challenge this presumption by submitting evidence that the parent has neglected, abused, abandoned, or failed to take care of the child properly. In this case, although a court decides that one parent is unfit, a judge will typically defer to the other parent’s rights.

Who Can Seek Custody of a Child?

To file for custody, you need to have legal standing, which refers to the ability to demonstrate a connection to or interest in the child’s life. As a long-lost cousin who was no connection or involvement with the child wouldn’t be considered for custody of the child. On the contrary, a family friend who has served as the child’s primary custodian for the past seven years has a legal claim to file for custody.

Grandparents usually have very limited custody rights when compared to parents who are suitable to raise the child. However, grandparents and parents are not on the same level when it comes to child custody. Even for grandparents who have a strong bond with the child can’t obtain custody.

One exception to grandparents is when the child has resided with the grandparent for an extended period at the parent’s request. In those situations, a grandparent has taken up the parental role and may have a strong custody claim based on that role.

With divorce rates increasing, it’s common now to see stepparents fighting for custody of their stepchildren. Some courts may allow stepparents custody if it would serve in the child’s best interest. Many stepparents have taken on parental roles and established a strong connection with their partner’s child. For instance, if a stepparent is the only mother or father a child has known, a court may allow the stepparent custody. However, the stepparent would still need to overcome the other biological parent’s claim.

Aunts and Uncles – A biological aunt or uncle might obtain custody if the child’s natural parents were abusive or neglected the child. If the aunt or uncle have created a strong connection and presence in the child’s life, then the courts may grant custody to the non-parent.

Partners of deceased parents – This group of people may include a live-in girlfriend or boyfriend who regularly took care of the child and formed strong ties with them.

Foster parents and adoptive parents – Foster parents have usually been vetted by the state department of child services and served as a parental figure for an extended period. The foster care process begins before a parents’ rights have been stripped. If the child parents lose or give up their rights, and no relative can step in, foster parents can adopt the child.

How Is Third-Party Custody Determined?

Factors which apply in a normal custody case also apply in deciding custody for a third-party relative. For this reason, the divorce attorney and family law attorney at Konicek Law can guide you through the process. Although a child’s best interest is usually served by keeping the child in the family home with their biological parents, parents can lose their rights. Awarding custody to a third-party is appropriate only if there’s evidence that a custody award to the parent isn’t what’s best for the child. If you find yourself in this situation, then contact the experienced divorce attorney and family law attorney at Konicek Law today get the help you need.