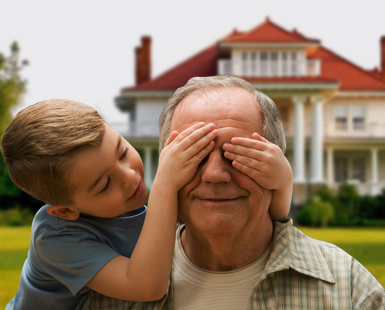 Overview of Visitation for Grandparents

Although divorce is technically the legal separation of two spouses and the dissolving of their marriage, the families on both sides still have to deal with the ramifications of the parents splitting up. In these situations, grandparents can find themselves potentially losing their ability to visit their grandchildren. In the past, some states have granted grandparents the opportunity to petition the courts for visitation rights.

When it comes to Florida custody cases, grandparents have very limited rights nowadays. This is a result of the United States Supreme Court ruling that parents have more privacy rights and don’t have to allow the grandparents to see their grandchildren. The Supreme Court also decided to leave it to the individual states to determine how they handle grandparent’s rights. With that said, the Florida legislature has yet to pass any laws that give grandparents visitation rights, except for certain limited circumstances. However, in the state of Florida, grandparents are allowed to petition for visitation with a minor child.

The Current State of the Law on Grandparents Rights

Unfortunately, to this day, grandparent’s rights are still hard to obtain. Grandparents have to be able to meet very specific criteria in order to see their grandchild. Previously, a grandparent could petition for visitation rights if the parent’s marriage was getting dissolved, a parent had deserted the child, or if the child was born out of wedlock and the parents never married. Even with those stipulations, it’s easy to see how challenging it was for grandparents to receive visitation rights.

Now with the passage of Florida Statue 752-011, it appeared that grandparents would have more power when petitioning for visitation rights. Yet, the Florida legislature provided grandparent’s rights with no real power attached to them. The new statue allows for grandparent visitation under these conditions:

In more simple terms, if there is a parent still in the picture who is not violent or a felon, the grandparents have no rights to visitation. For some parents, this can be extremely encouraging news. When going through a divorce, having the presence of grandparents around can make the situation complicated and raise concerns between the parents during an already stressful time.

Florida cases have displayed examples of grandparents that were accused of being critical of the parenting style of the natural parents, wanting to overstep the authority of one of the parents, and tried to create a wedge between the parents. As a result, Florida’s laws recognized the relationship of the parents is significantly more important than letting the child have a relationship with their grandparents.