In Florida, divorce is a legal action between spouses, but that’s not the end of the effect. Extended family members can feel the reverberation as well, perhaps none more so than grandparents. The bottom line is that, though grandparents might ask for court-ordered visitation, judges are given broad leeway as to how they receive the request and direct that it be (or not be) carried out. If one or both parents do not want grandparental visits to be allowed, there’s a good chance their wishes will be considered controlling. 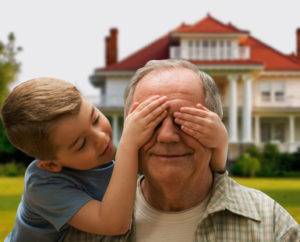 As already implied, it’s hard in Florida for a grandparent to force visitation if a parent doesn’t want it. To obtain rights to see a grandchild, specific criteria must be met. Prior to July 1, 2015, a grandparent could file for visitation rights if the spouses were divorced, the child was abandoned, or was born out of wedlock and the parents never married. As one might imagine, there was a universe of cases where none of those criteria applied but it still might have been in the child’s best interest to have grandparents in his or her life.

With the new law, the list of instances where visitation might be granted has expanded slightly. For instance, when:

1. Both parents are missing, deceased, or in a persistent vegetative state, OR;

2. One parent meets the criteria in (1), AND the other parent has been convicted of a felony or violent offense that poses harm to a minor child.

The short version is that as long as a child has one “good” parent in the mix, grandparents are out of luck in forcing legal visitation. 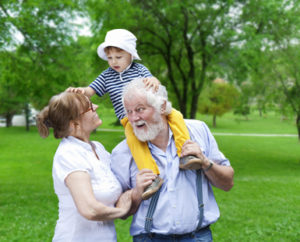 To begin a legal claim to be able to see a grandchild, the grandparent files papers alleging the parent(s) are unfit as defined by Florida law. A preliminary hearing will be conducted to establish if there is enough evidence to proceed. If so, a guardian ad litem is often appointed to look after the child’s best interests. If not, the grandparents will be denied visitation and might be liable for all court costs.

If the judge agrees there’s sufficient evidence to proceed, mediation is the next step. This is where parents, grandparents, attorneys, and a judge sit down around a table and try to hash out an agreement without need of further legal intervention. Failing at mediation, the next step is the final hearing.

There is a list of 13 factors the Court considers when weighing a visitation judgment. All these factors are judged in light of the following questions:

1. Is the parent unfit or is the child in danger?

2. Is grandparent visitation in the best interest of the child, AND

3. Will visitation allow the parent/child relationship to remain intact?

A grandparent is allowed to file for visitation every two years. It’s plain to see that Florida, to date, has decided to proceed conservatively on this issue. The recent legislative changes tilt the pendulum ever so slightly in the direction of the grandparents, but, practically, the decision still rests firmly in the hands of the Court.